This is the eleventh series we have completed since 1989, when we began as collaborative partners after eighteen years of marriage. At that time, we decided to be more intentional in our artistic collaboration after Miriam wrote a poem in response to one of Ron’s sculptures. We observed that our respective processes as poet and sculptor were similar in some respects: we were both collectors of imagery—Miriam in the form of words, including an interest in the music of the language, and Ron in the form of dynamic pieces of steel found in junkyards—and we both sought to find unexpected combinations of those images. 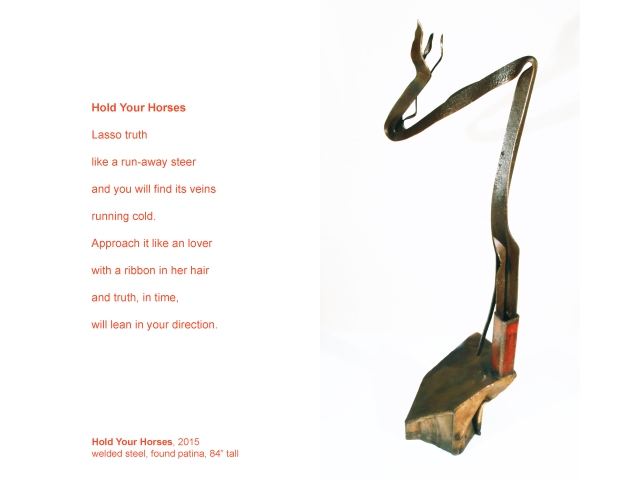 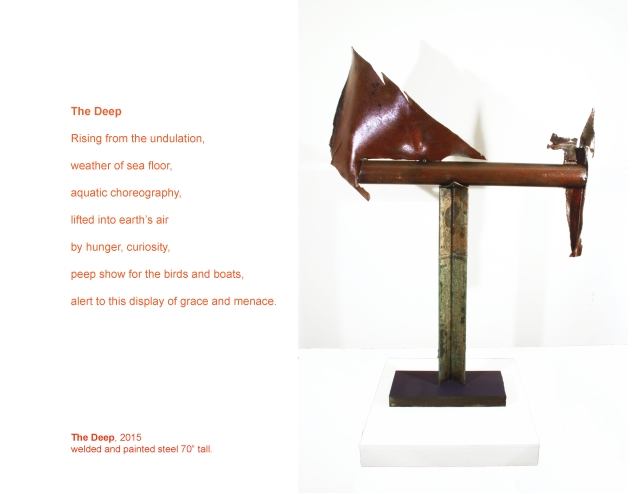 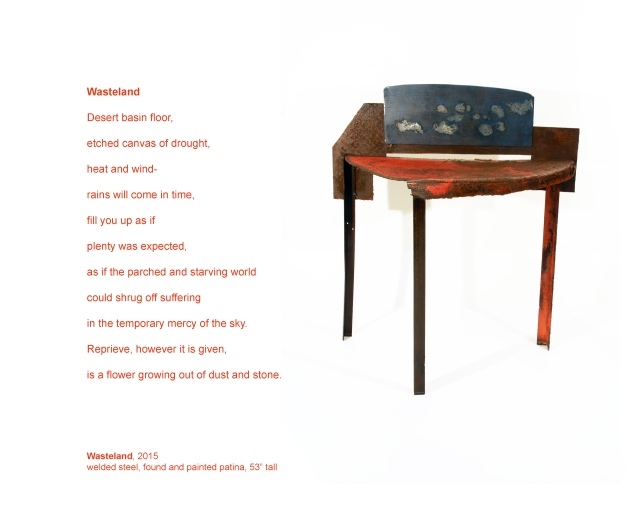 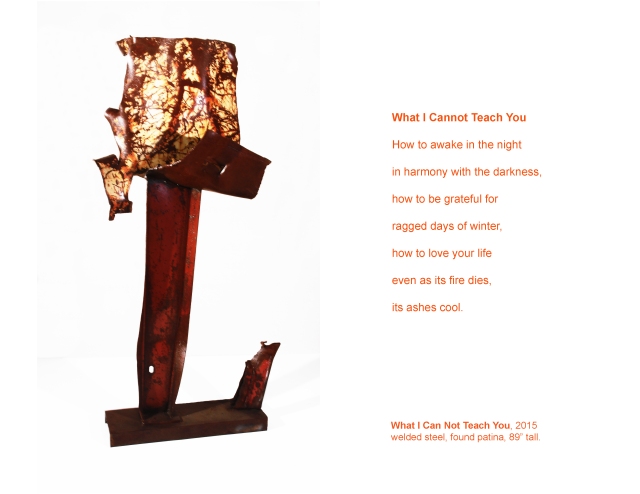